An important feature of this development’s location is that everything of importance is within reach. These things of importance range from commercial hubs to the schools that children will be attending and the public and private hospitals that all families need access to. This section also takes a brief look at the city of Quezon, making special mention of its educational centers and a few famous landmarks. Residents and their families are within minutes of the East Avenue and World Citi Medical centers. For shopping convenience there is the Gateway Mall nearby.

QC has become the popularly used acronym for Quezon City, the Metro Manila’s largest city in terms of population size and land area. For some years during the previous century Quezon was also the Philippine’s capital. It is named after the country’s second president, Manuel Quezon. A distinction needs to be made between Quezon City and Quezon Province. Both city and province only have name in common.

Thanks to medical schools’ prominence in the city, QC has become a main area for providing healthcare. Medical schools located here include FEU Nicanor Reyes and Our Lady of Fatima University. St Luke’s College, New Era and the Capital Medical Center of Colleges are located in the city while the Ateneo School of Medicine and Public Health is on the border of the city.

The remains of the Philippine’s second president and his wife, Lady Aurora, lie at the heart of the city in a mausoleum housed within the Quezon Memorial Circle. This memorial is designated as both shrine and national park while serving as an ellipse near the Elliptical Road.

But with all due respect, residents need to know where their main commercial centers lie. Cubao is designated as Quezon’s commercial hub. Here lies the Araneta Center and the Aurora Tower, as well as local supermarket chain, Shopwise. 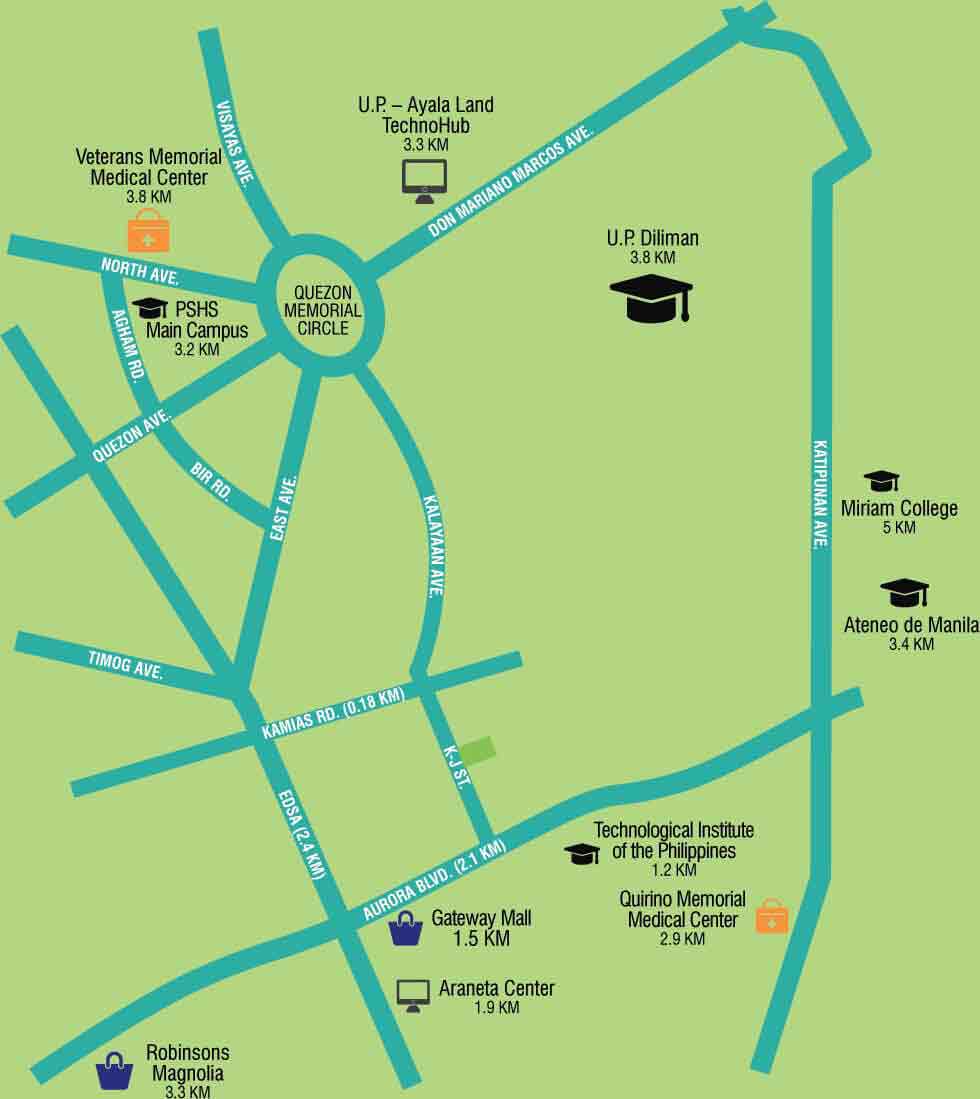